27Pisces
Basically that. I am bummed my doctor has recommended surgery for a partial thickness tear. I injured myself 2 years ago doing spins with most likely improper shoulder engagement- plus I do a lot of other lifting and body weight exercises that probably did not help. At the time the doctor didn’t do an MRI and said it was tendinitis and ordered PT. I will never know for sure if it was torn back then but I’m sure I’ve made it worse.

I decided to get it checked out again because knowing I was limited, wanted to find out if I would be making a mistake to take another more intense class. I am not in daily pain, but I can’t pole long without Advil and spins are pretty much out. If I didn’t mind giving up pole, I may could save my money, inconvenice, pain and just live with this issue along with treatment. But over time it would still likely get worse and I can’t imagine life not being able to be active.

I’m in my 40s and I really enjoy the challenge of pole. I know a lot of people are never the same after surgical repairs. I need to hear some success stories. 💛
Like Feb 9, 2019

Hi pisces just curious when you injured your shoulder two years ago what symptoms were you having? I ask because I’ve had a weird shoulder injury for three months that I think was from using my gymnastic rings. Doctor just told me to take ibprofen
Like Feb 22, 2019

27Pisces
@Athena30 I basically felt like my shoulder was falling out of my arm. For a few days if not longer I had considerable pain doing things like lifting a hairbrush for example, I was definitely hurt. The doc put me though a series of movements and manipulation and determined my infraspinatus tendon was inflamed and gave me Naproxen and assigned PT. I think this is a common injury and from everything I have read, even if it is a tear, in many cases you can rehab your way back to health; the inflammation could be giving you more pain than the tear itself.

I took a few weeks off but didn’t feel like much was improving for the time/money I was investing in PT, plus I felt better so I went back to my activities but with Advil cause I never felt 100%. I think I wore myself down, moves that give me the most trouble are pole spins and any type of kipping movement on bars/rings. I probably should have taken PT more seriously and wish I had had an MRI during the earlier diagnosis. I think surgery should be more of a last resort.
Like Feb 22, 2019

27Pisces
Also Step 2 was I had a cortisone shot for the inflammation since I felt like I had been taking so much Naproxen and Advil. That worked well for some people I know who had developed tendonitis but I didn’t feel anything. Clearly I had a more severe issue or mine got worse. Good luck!
Like Feb 22, 2019

I managed to tear my supraspinatus off the top of my humerus, and the icing on the cake was a rip into the labrum as well. I had been having a nagging little issue for about 8 years. Nothing terrible, but every once in awhile I'd get a sharp, stabbing pain. But it would go away almost immediately. Had an MRI done and the doc said it looks "slightly" torn, but no worries! PT would get it right back in shape. 8 weeks of PT and I had no relief. Did 2x weekly acupuncture as well. When I finally had the surgery my doc was ummm.. shocked, to say the least. He said it was a sh*tshow in there, and I was completely immobile for the first two weeks. It was mentally devastating. I literally couldn't even wipe my own a**.

Fast forward almost 2 years now: I'm back and feeling great. There are some moves I just don't do any more. Not because I've been told not to, but because of my own mental issues. (Anything inverted with a reverse elbow grip.) Rehab was tough. Not gonna lie. But the worst part of the surgery and recovery was getting out of my own head. We tend to be our own worst critics, and in this situation it was truly awful. In retrospect, it absolutely needed to be done. It was humbling to literally re-learn EVERYTHING! But what an amazing opportunity to clean up some old, bad habits! So yes, I CAN say "I returned from rotator cuff surgery"!
Like Mar 21, 2019

27Pisces
@TrixieLovett That’s awesome, thank you for the response. I am glad you got the surgery and able to clean anything up. I know the mental aspect of it will be a challenge, the thing I fear most are spins like a reverse grab. But thank you for the encouragement 😊🙏🏽.
Like Mar 21, 2019 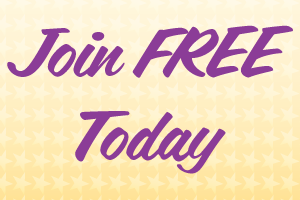 “Wow, this is awesome! I have a stationary pole and I was feeling my way with what's out there on YouTube. Luckily I came across an SV vid, and signed up for a year of SV the next day!”
more testimonials